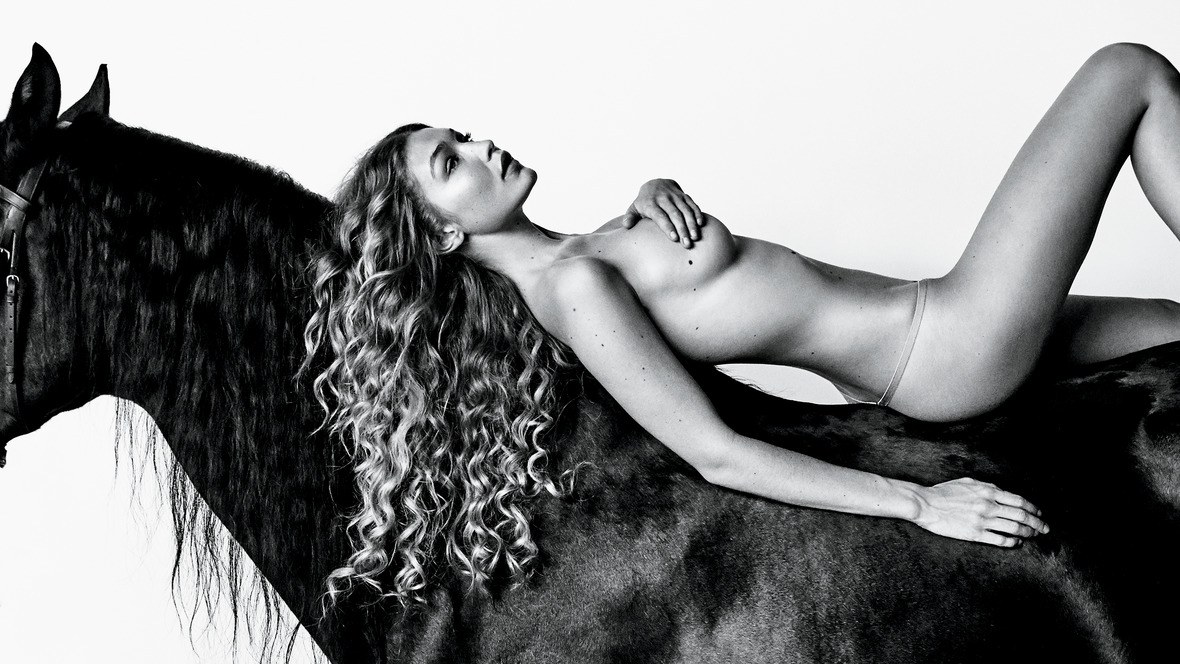 Gigi Hadid is jazzed bout Zulu. He’ll be arriving any minute. Someone decided the former equestrian/current « It » girl would enjoy a photo shoot that involved posing with her spirit animal, a black Lusitano horse, and as she gets styled, she gets a little wistful about her childhood. « We were living in Aspen, and my first pony, Rocky Daddy, was a rescue from a farmer next door, » she says, shouting over the roar of the blow-dryer. « The farmer was kind of old and couldn’t take care of him, so my mom asked if we could, and that’s the pony I started riding. » Hadid got her first pony when she was two. « Every morning, I’d feed him, and Mom would let me dress myself, so I’d put my rain boots on backward, which I thought was really funny. » She pauses for a moment. « I never really had a great sense of style. I was wearing what I wanted to wear. I don’t really know what my style is. » Could have fooled us.
(…)
Finally, it’s time to get busy. Zulu has arrived. He’s jet black—he goes with everything—and his mane and tail have been braided so the curls match Hadid’s. She beams. She mounts him and guides him easily. At one point, lying naked on his glossy bare back, Hadid looks as comfortable and happy as if she were lying in her own bed. When the day is done, Zulu nuzzles Hadid on the cheek. She smooches him right back. Lucky horse. Lucky girl. »